Lesson Plan 3 – History and its Cultural Legacies: Italian City-states during the Renaissance

GANAG Format Lesson Plan:
Subject Area: Social Studies
Grade: 7th
Goal: Students will learn about the cultural legacies of the Renaissance, specifically of the city-states of Italy during the period of time from the 12th century A.D. to the 16th century A.D.; they will be able to recognize the main historical figures, and their cultural contributions, and analyze their influence today in the world.

Access: Students will draw in pairs a timeline in which they will identify the main events that occurred in Italy and Europe during the period of time from the 12th century A.D. to the 16th century A.D. For this activity, students will have to remember what we saw in previous classes.

New Information: The jigsaw puzzle activity will be carried out; the teacher will divide the class in groups and will assign a topic to each group. They will first read individually and then discuss with the other members of the group and will become, with the guide of the teacher, experts in the topic assigned. Subsequently, they will change to different groups where they will share their information with other students that are experts in each of the other topics, who in turn will also share their information. At the beginning of the jigsaw puzzle activity, one of the main Italian city-states will be assigned to each group; they will have to study their political, economic, cultural, and social characteristics during the time period of time mentioned above.
Apply: The students, in groups of three, will have to choose a historical figure who lived in these Italian city-states in this period of time and who made great cultural contributions. They will have to present what they investigated in a creative way during a class next week (date assigned by the teacher). For this presentation the students will have to include the influence in today’s world of this character’s contributions. Some examples of historical figures that meet these conditions are: Leonardo da Vinci, Michelangelo, Raphael, Titian, Donatello, Machiavelli, and Galileo Galilei, among others.

Generalization: The students will individually, based on what they learned in this class, write shortly why they think the city-states of Italy during that period of time were cradle of so many geniuses. If they don’t think this is true they will have to say it and support their statement.
Posted by Mauricio Giraldo at 10:41 AM 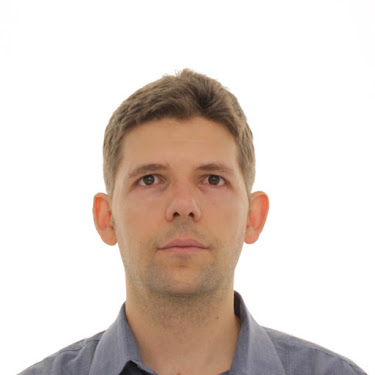 I am a teacher who believes in the integral formation of students. This means a process of self-discovery that combines knowledge with learning values and principles. One way to achieve this is through the combination of Project Based Learning (PBL), or the realisation of its essence, and the teaching of metacognition.
The PBL is based on the realization of projects by students where reflection plays a fundamental role. The process begins with the why - motivation, which leads them to a driving question. It continues with the how - creativity, where authentic research and collaborative activities are carried out by the students, and teachers provide instructional scaffolding. Finally it ends with the what - communication, and it is where students develop the product and present it to an audience.
Metacognition is a process in which through reflection they gain knowledge about their learning, this is achieved through self-knowledge, self-awareness and metamemory. With this learning they regulate their own knowledge, this is achieved through knowledge of the world, experiences, objectives and strategies.